PHOENIX, May 9 (UPI) -- Carlos Beltran hit two home runs and drove in six runs Tuesday to power the St. Louis Cardinals to a 6-1 win over Arizona.

Beltran picked on Ian Kennedy (3-2) with a two-run homer in the first inning and a grand slam in the second to give St. Louis its third consecutive victory and send the Diamondbacks to their sixth loss in seven games.

Matt Holiday and Skip Schumaker had two hits apiece for the Cardinals. John Jay had a triple and scored two runs.

After Beltran staked the Cards to a 6-0 lead after two innings, Jake Westbrook (4-2) sailed along through seven innings, allowing four hits and two walks and striking out eight before turning the game over to Kyle McClellan and Mitchell Boggs.

Boggs allowed Arizona's only run on a ninth-inning RBI double by Miguel Montero. Aaron Hill had three hits for Arizona. 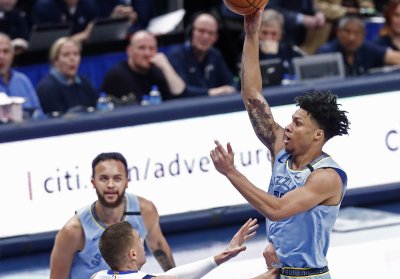