SAN DIEGO, May 9 (UPI) -- Christian Friedrich threw six strong innings Wednesday in his major league debut for Colorado, which broke a five-game skid with a 6-2 win over San Diego.

Friedrich (1-0), called up from Class AAA Colorado Springs Tuesday, was sharp in his initial appearance. The 24-year-old left-hander yielded two runs (one earned) on five hits while striking out seven and issuing only one walk.

He spotted San Diego a 2-0 lead before the Rockies came back to score the next six runs.

Chris Nelson added two RBI for the Rockies, who avoided a three-game sweep at San Diego.

Padres starter Anthony Bass (1-4) was victimized by shortstop Andy Parrino's sixth-inning error. Only one of the five runs he yielded on nine hits over 5 2/3 innings was earned.

Yonder Alonso and Jesus Guzman each had an RBI for San Diego. 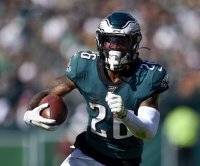 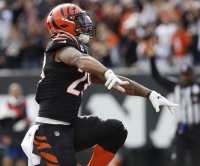