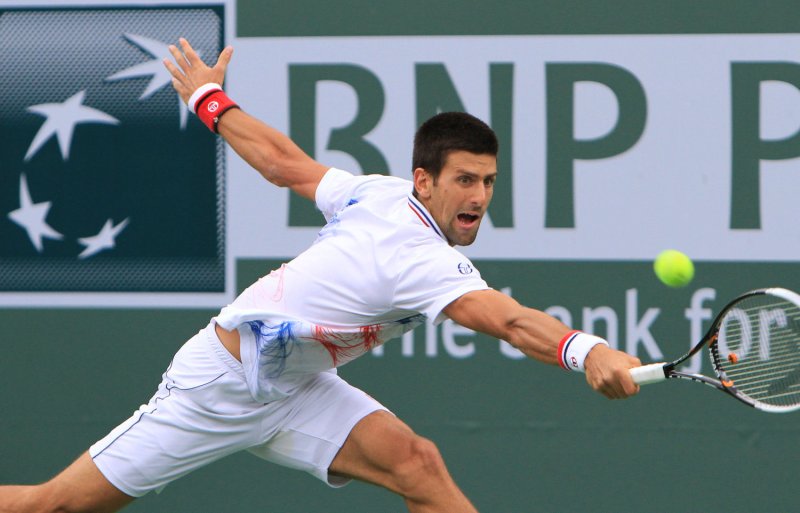 Djokovic is seeking his third title at the Masters-level event. He defeated Rafael Nadal in a third-set tiebreaker last year. He also won in 2007. Djokovic earned a spot in the finals by beating 21st-seeded Juan Monaco 6-0, 7-6 (7-5) Friday. The second-set tiebreaker is as close as Djokovic has come to losing a set in the tournament.

Murray should be well-rested for his 13th career match against Djokovic since he didn't have to play in the semifinals. Nadal, Murray's opponent, withdrew Friday because of a leg injury. It was the second walkover of the tournament for Murray, who has dropped just one set in Miami.

"We grew up together," Djokovic said of Murray Friday. "We know each other really well. We have been rivals since and good friends off the court.

"It's going to be a good match. I don't think it's going to affect him that much that he hasn't played today but we'll see what happens."

Djokovic owns a 7-5 edge in matches against Murray, although Murray won their most recent pairing -- a straight set victory in Dubai. Djokovic claimed a five-set win over nearly 5 hours in the semifinals of the Australian Open earlier in 2012.

Murray, however, is 3-1 versus Djokovic in tournament championship matches.

NHL // 9 minutes ago
Stanley Cup Playoffs: Beauvillier, Islanders force Game 7 vs. Lightning
June 24 (UPI) -- Winger Anthony Beauvillier intercepted the puck and ripped a wrister into the net 68 seconds into overtime to lead the New York Islanders over the Tampa Bay Lightning and force a Game 7 in the Stanley Cup Semifinals.

MLB // 1 hour ago
Bo Bichette, Robbie Ray lead Blue Jays over Marlins
MIAMI, June 24 (UPI) -- Bo Bichette was the only player to record multiple hits on the night, and the Toronto Blue Jays pitching staff held onto a narrow lead late to lift the team to a tight road win over the Miami Marlins in Miami.

NBA // 1 hour ago
Hawks' Trae Young burns Bucks for 48 points in Game 1 win
June 24 (UPI) -- Trae Young scored a playoff career-high 48 points in his Eastern Conference Finals debut to lead the Atlanta Hawks to a clutch road win over the Milwaukee Bucks in Game 1 of the series in Milwaukee. 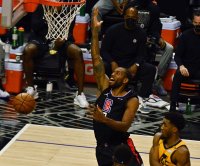 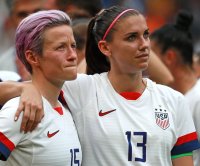