Cammalleri sent from Montreal to Calgary 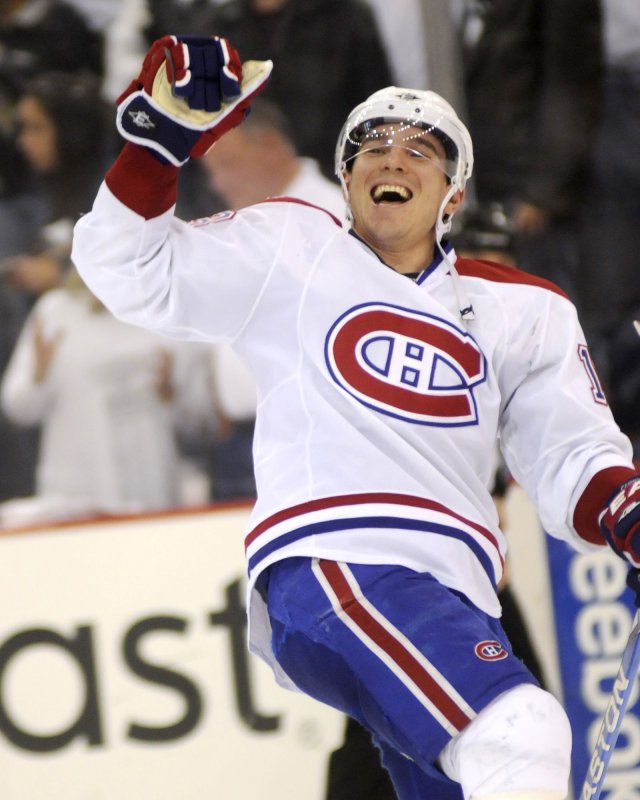 Mike Cammalleri, then with the Montreal Canadiens, at Mellon Arena in Pittsburgh, May 12, 2010. UPI/Archie Carpenter | License Photo

CALGARY, Alberta, Jan. 13 (UPI) -- The Calgary Flames obtained forward Mike Cammalleri from Montreal Thursday in a multi-player deal that sends him back to one of his former teams.

Cammalleri played one season in Calgary and it was the best one of his nine-year career. He had 39 goals and 82 points in 81 games with the Flames during the 2008-09 campaign.

He played the first five years of his career with Los Angeles and was in his third season with the Canadiens.

"Mike Cammalleri is a dynamic player who enjoyed great success playing in Calgary," Flames General Manager Jay Feaster said. "We are confident that a return to Calgary will be good for Mike and good for our continued pursuit of a playoff berth."

Cammalleri has nine goals and 13 assists this season.