Matt Ryan completed 6-of-9 passes for 106 yards and two touchdowns to Julio Jones despite playing less than two quarters for the Falcons (10-6), who captured the No. 5 seed in the NFC.

Coupled with Detroit's loss to Green Bay, Sunday's win means Atlanta won't have to face division rival New Orleans in the first round. They will instead play the Giants in New York Sunday.

Tampa Bay (4-12), meanwhile, finished up a disappointing season with a 10-game losing streak.

Quarterback Josh Freeman turned the ball over four times in the loss, bringing his season total to 27.

Sports News // 2 hours ago
NASCAR: Joey Logano gets repeat win at Las Vegas
Feb. 24 (UPI) -- NASCAR's Joey Logano won the Pennzoil 400 for the second consecutive time, leading the 38-car field and moving up to No. 2 in the Cup Series standings after claiming the checkered flag at Las Vegas Motor Speedway. 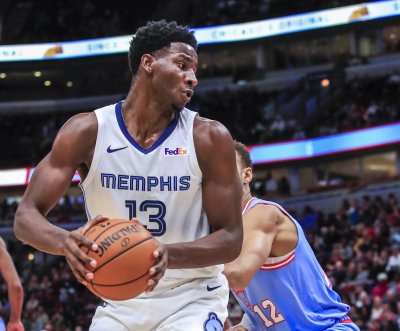