DALLAS, Dec. 21 (UPI) -- Claude Giroux, in his return from a concussion Wednesday, scored the first of four unanswered goals that gave the Philadelphia Flyers a 4-1 win over Dallas.

Giroux had missed four games since suffering the concussion Dec. 10 in a victory over Tampa Bay. The injury occurred when he was hit in the back of the head by the knee of teammate Wayne Simmonds.

Michael Ryder scored 56 seconds into the game to give Dallas the lead, but Giroux tied it at 8:30 with his 17th goal of the season.

A power-play goal from Simmonds with 8:24 to go in the opening period put Philadelphia in front for good and the Flyers got scores from Jaromir Jagr in the second period and Andrej Meszaros in the third.

The Flyers moved four points in front of the New York Rangers at the top of the Atlantic Division by ending a two-game skid.

Sergei Bobrovsky made 29 saves to get the win.

Rookie Richard Bachman, starting his sixth straight game in place of the injured Kari Lehtonen, stopped 24 shots for the Stars. 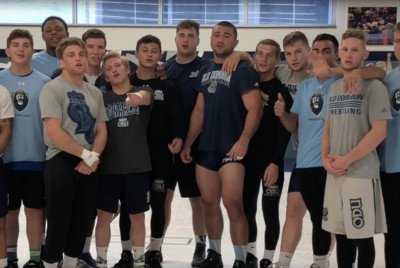