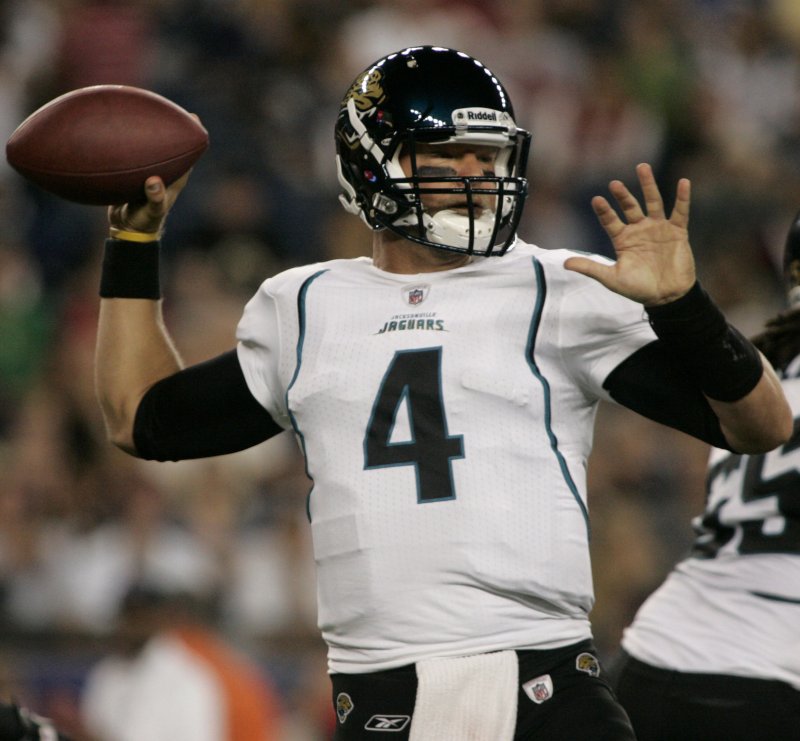 Jacksonville Jaguars quarterback Todd Bouman drops for a pass against the New England Patriots in the third quarter of a preseason game at Gillette Stadium in Foxboro, Massachusetts on August 11, 2011. UPI/Matthew Healey | License Photo

Jacksonville Jaguars quarterback Blaine Gabbert (11) throws a pass while under pressure from the New England Patriots in the first quarter in a preseason game at Gillette Stadium in Foxboro, Massachusetts on August 11, 2011. UPI/Matthew Healey | License Photo

Khan purchased the franchise from owner Wayne Weaver for $760 million. Weaver helped Jacksonville acquire the expansion team in 1993 and has been its sole owner.

"Eighteen great years in the National Football League and I've enjoyed every one of them," Weaver told The (Jacksonville) Florida Times-Union. "It's the right time. I found a great family that's going to continue this legacy."

Khan, a Pakistan-born, 61-year-old auto parts manufacturing magnate who immigrated to the United States at age 16, was praised by NFL owners meeting in Irving, Texas, Wednesday.

He said he has no plans to relocate the team.