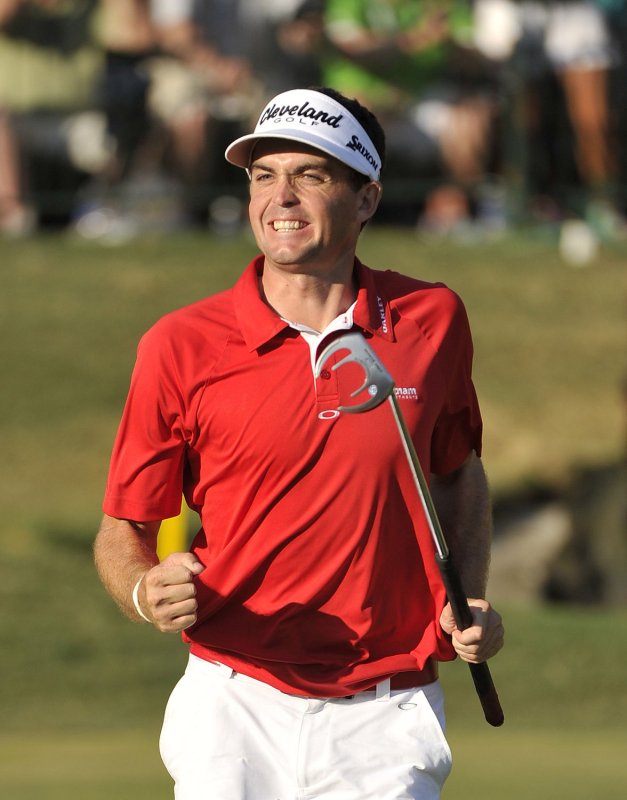 Keegan Bradley, shown during the 2011 PGA Championship, which he ended up winning, teamed with Brendan Steele on Friday and share the lead after the first round of the Franklin Templeton Shootout. UPI/Brian Kersey | License Photo

NAPLES, Fla., Dec. 9 (UPI) -- Keegan Bradley and Brendan Steele teamed for 9-under-par 63 Friday and are tied for the lead at the Franklin Templeton Shootout in Florida.

Bradley and Steele are tied with Mark Calcavecchia and Nick Price for the lead after the first round of the 12-team, three-round event.

Jerry Kelley and Steve Stricker are in second place, one stroke behind the leading teams. Rickie Fowler and Camilo Villegas are in fourth, two strokes off the lead, while Jason Dufner and Sean O'Hair are in fifth at 6-under.

The teams of Anthony Kim and Webb Simpson, Rory Sabbatini and Jhonattan Vegas and Kenny Perry and Scott Stallings are knotted in sixth at 5-under 67.

Charles Howell III and Justin Leonard are tied with Chad Campbell and Chris DiMarco at 4-under. Scott McCarron and Greg Norman finished the day at 3-under and Stewart Cink and Bo Van Pelt are in 12th at 2-under.

The teams used modified alternate shot format Friday and will switch to better ball for Saturday. Sunday's final round will be scramble.