The Stars faced a two-goal deficit heading into the final period but Jamie Benn scored 2:07 into the third to cut the Dallas deficit in half.

The tying goal did not come until 21 seconds remained in regulation. Loui Eriksson fired a slap shot past Jonathan Quick for his 10th goal of the season and Ott came through with the game-winner in overtime.

Dallas and Boston are the only teams in the NHL without an overtime loss this season.

The Stars won their second straight on the heels of a five-game losing streak. They began the contest one point behind Pacific Division co-leaders Los Angeles and San Jose.

Kari Lehtonen made 22 saves to get the win. Quick stopped 35 shots.

Mike Richards and Kevin Westgarth scored for the Kings, who have lost two out of three.

NFL // 3 hours ago
Buccaneers' Tom Brady hints at retirement, wants to spend more time with family
Jan. 24 (UPI) -- Tampa Bay Buccaneers star quarterback Tom Brady opened up about his future in the NFL on Monday, indicating that family will play a significant role in determining whether he will retire or play next season. 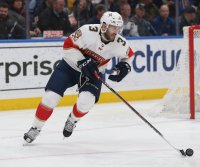 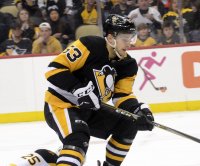 NBA // 17 hours ago
Bucks' Grayson Allen suspended a game for 'excessive' foul on Bulls' Alex Caruso
Jan. 24 (UPI) -- The NBA suspended guard Grayson Allen for one game without pay for a hard foul on guard Alex Caruso in the third quarter of a Milwaukee Bucks win over the Chicago Bulls, the league announced.