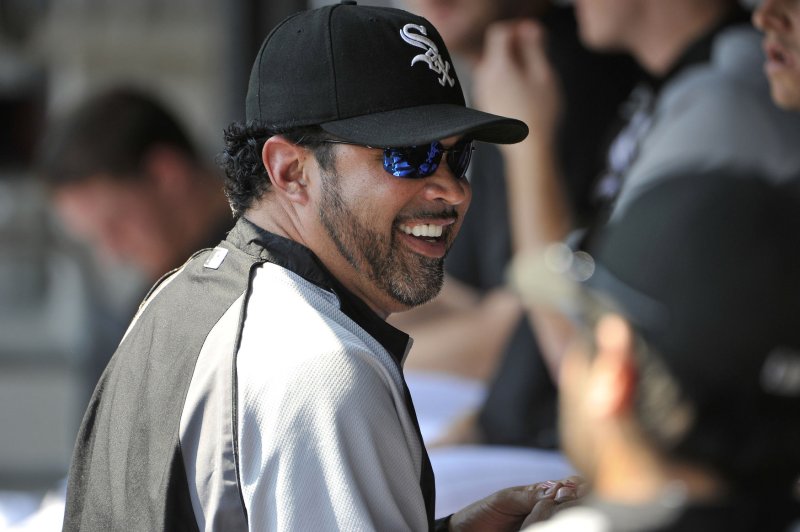 Former Chicago White Sox manager Ozzie Guillen smiles as he stands in the dugout against the Minnesota Twins at U.S. Cellular Field on August 31, 2011 in Chicago. The Twins won 7-6. UPI/Brian Kersey | License Photo

The team had announced Monday after Guillen was released that bench coach Joey Cora would be the interim skipper, but Cora indicated after speaking with General Manager Ken Williams Tuesday he wouldn't stay with the club for the final two games of the 2011 season.

The White Sox released Guillen as their skipper Monday, and it was widely reported he could land with the Florida Marlins. Guillen, 47, had wanted out if Chicago wouldn't give him a contract extension beyond 2012.

Cora is widely expected the join Guillen in Florida.

Cooper was awarded a multi-year contract to remain with the White Sox as pitching coach. First-base coach Harold Baines also received a new a long-term deal.

Cooper has been with the White Sox for 24 years, serving the last nine as pitching coach.

Mike Gellinger will replace Cora as bench coach for the last two games, the team said.

Jhan Marinez, a 23-year-old pitcher, and shortstop Osvaldo Martinez, also 23, would go to the White Sox from the Marlins should they ink Guillen to a managerial contract, which is expected to happen this week.

The Chicago Tribune reported Guillen is expected to be offered a four-year deal by the Marlins worth nearly $16 million.