New York Mets David Wright sits in the dug out in the second inning against the Florida Marlins at Citi Field in New York City on August 2, 2011. UPI/John Angelillo | License Photo

Mets starter R.A. Dickey took a no-hitter into the seventh when Shane Victorino stroked a one-out double and came home when Ryan Howard followed with a single, making it 1-0 Phillies.

But New York's Val Pascucci tied it with a pinch-hit, solo homer in the next half-inning and the Mets grabbed the lead in the eighth when Ruben Tejada singled with one out, stole second and scored on Wright's grounder down the third base line off Brad Lidge (0-2).

Dickey finished with a no-decision, yielding one run on three hits over seven innings, walking one and striking out four.

Bobby Parnell (4-6) was credited with the win after getting the last out in the eighth and Manny Acosta earned his third save despite a shaky ninth for the Mets. 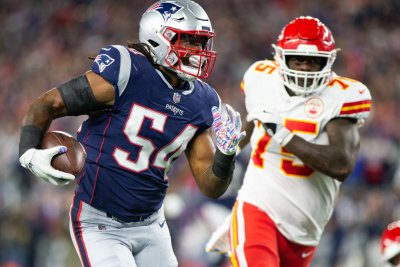