ST. LOUIS, Aug. 28 (UPI) -- Kyle Lohse rebounded from a rough start to collect a victory Sunday and the St. Louis Cardinals rallied for a 7-4 win over Pittsburgh.

Lohse (12-8) was rocked for four runs (two earned) over the first two innings but then settled down to toss three scoreless frames, giving the Cards a chance to come back from a 4-3 deficit.

The right-hander yielded six hits and two walks in five innings, striking out four as the Cards took three wins in a four-game set with the Pirates.

Four St. Louis relievers combined for four shutout innings and Jason Motte picked up his first save of the year.

Ryan Theriot and Skip Schumaker each had two hits and a pair of RBI and Allen Craig drove in the go-ahead run with a fourth-inning sacrifice fly for St. Louis.

Jose Tabata, Andrew McCutchen and Ronny Cedeno each drove in a run for the Bucs. 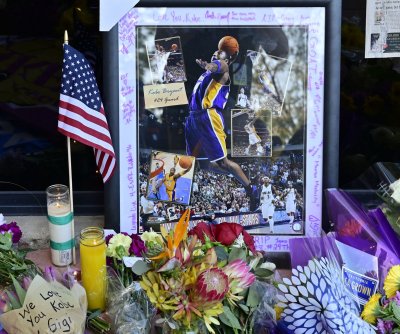