The Bulls ended the Magic's four-game winning streak and took some of the luster off Orlando's comeback home win over Miami 24 hours earlier.

Chicago closed the first half on a 22-8 run that gave the Bulls a 39-35 advantage at the break. Orlando cut its deficit to eight entering the fourth period, but could not make a charge over the final 12 minutes.

Dwight Howard scored 20 points and had 10 rebounds for Orlando but he missed 8-of-12 attempts from the foul line and was called for his 16th technical foul of the season.

NFL // 2 hours ago
Packers' Davante Adams put on COVID-19 list; Bears' Matt Nagy positive for virus
Oct. 25 (UPI) -- The Green Bay Packers could be without Davante Adams for Thursday night's showdown against the Arizona Cardinals after the star wide receiver was placed on the reserve/COVID-19 list Monday.

NFL // 8 hours ago
Fan's surrendered ball from Brady's 600th TD pass worth up to $1M
MIAMI, Oct. 25 (UPI) -- The football from Tom Brady's 600th career touchdown pass, given to a fan and returned to the Tampa Bay Buccaneers quarterback, is worth between $500,000 and $1 million, several auction houses said. 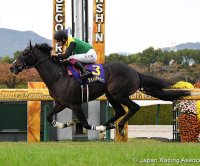 Sports News // 11 hours ago
European 2-year-olds make case for '22 Classics in weekend horse racing
Oct. 25 (UPI) -- Luxembourg emerged as the favorite for the 2020 European and UK Classics with a dominant win at Doncaster while Angel Bleu, Ancient Rome and El Bodegon made their mark in their 2-year-old finales in France.