The Aztecs, hoping to land a No. 1 seed in the NCAA Tournament, won for the 26th time and inched a half game in front of Brigham Young for the lead in the Mountain West Conference.

San Diego State also had 26 victories two seasons ago and the Aztecs should sail pass that total this season. They won their sixth in a row since their lone loss of the season, which came against BYU on Jan. 26.

Tony Snell brought the Lobos within four points with 8 seconds to play on a 3-pointer, but Malcolm Thomas made two free throws a second later to clinch it. 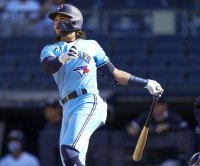 MLB // 12 minutes ago
Bo Bichette, Robbie Ray lead Blue Jays over Marlins
MIAMI, June 24 (UPI) -- Bo Bichette was the only player to record multiple hits on the night, and the Toronto Blue Jays pitching staff held onto a narrow lead late to lift the team to a tight road win over the Miami Marlins in Miami. 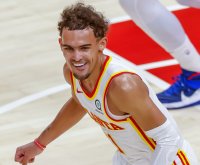 NBA // 15 minutes ago
Hawks' Trae Young burns Bucks for 48 points in Game 1 win
June 24 (UPI) -- Trae Young scored a playoff career-high 48 points in his Eastern Conference Finals debut to lead the Atlanta Hawks to a clutch road win over the Milwaukee Bucks in Game 1 of the series in Milwaukee. 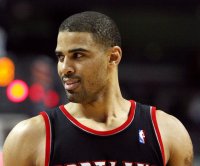 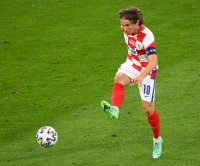