Woods takes lead in own tournament 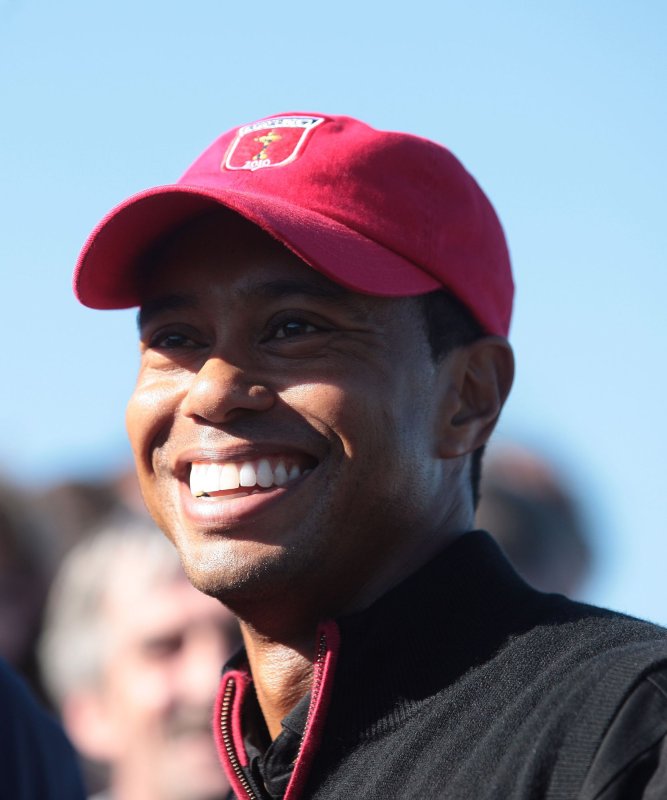 Tiger Woods, winless on the PGA Tour in 2010, shot a 7-under 65 Thursday to grab a one-shot lead in the Chevron World Challenge. UPI/Hugo Philpott | License Photo

Woods hosts the event, which is not an official stop on the tour, and has won it four times.

Rory McIlroy and U.S. Open champion Graeme McDowell were tied for second place at 66 while Dustin Johnson and Stewart Cink both shot a 69 at the Sherwood Country Club.

This was the first year since he turned professional in 1996 that Woods did not capture a tour event. His winless season came as his marriage collapsed and ended in divorce.

Woods has also lost his No. 1 world ranking to Lee Westwood, although Woods could regain the top spot this week if he wins and Westwood finishes outside the top four at the Nedbank Challenge in South Africa.

Despite taking the first-round lead, Woods said he had a poor day with the putter.

"I didn't really make any putts," he said. "It is weird shooting 7-under par when I only made one putt all day."

Defending champion Jim Furyk shot a 72 and was tied for eighth. The field includes 12 of the top 21 players in the world rankings.