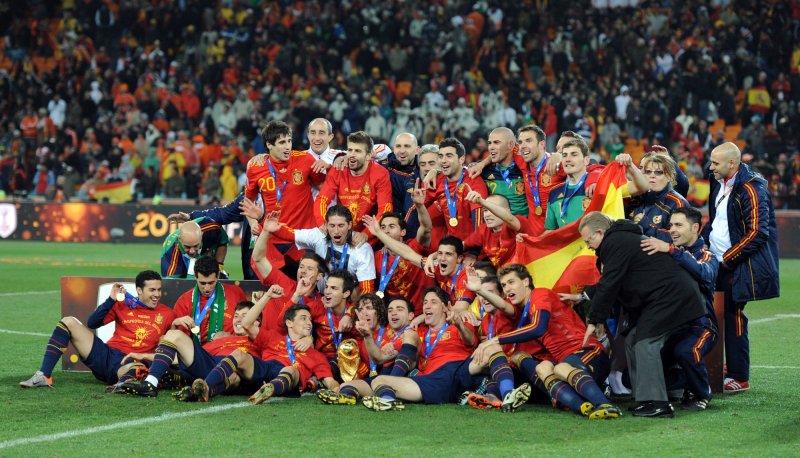 It will be the first time a World Cup will be hosted by a Middle Eastern nation. The United States, South Korea and Japan all previously have hosted the tournament.

"The World Cup is going to new lands and I am a happy president as we speak of the development of football," FIFA President Joseph S. Blatter said in congratulating Qatar.

"Thank you for believing in change and believing in expanding the game and thank you for giving Qatar a chance," said Sheik Mohammed bin Hamad al-Thani, who chaired Qatar's bid. "We will not let you down. We will make you proud."

The World Cup was first held in 1930 and currently involves 32 teams. This year's was won by Spain.

Of the 19 tournaments held since its inception -- none was held in 1942 or 1946 -- eight national teams have captured the crown: Uruguay twice, Italy four times, Brazil five times, England once, Germany thrice, Argentina twice, France once and Spain once.

Sports News // 13 hours ago
Ryder Cup golf: USA dominates Europe to claim title
Sept. 26 (UPI) -- World No. 3 Collin Morikawa tied No. 14 Viktor Hovland of Norway in the fifth of a dozen singles golf matches to clinch the Ryder Cup title for the Americans on Sunday at Whistling Straits Golf Course in Sheboygan, Wis.