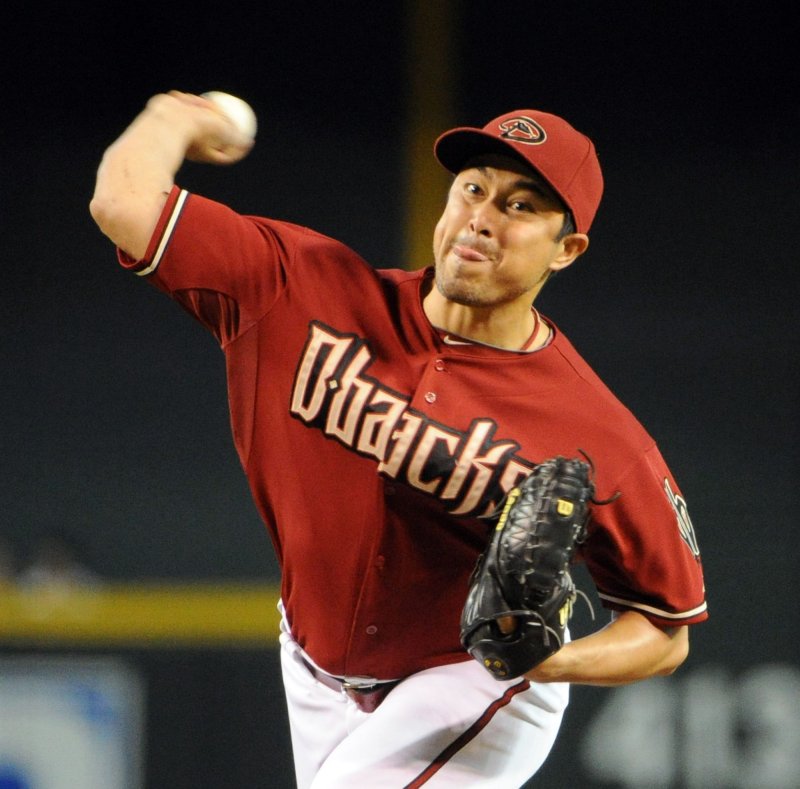 CINCINNATI, Sept. 16 (UPI) -- Rodrigo Lopez allowed one run over seven innings Thursday in helping the Arizona Diamondbacks to a 3-1 victory over the Cincinnati Reds.

Lopez (6-14) scattered eight hits over his stint and relievers Aaron Heilman and Juan Gutierrez, who earned his 10th save, each pitched a perfect inning of relief in the win. It was the first victory for Lopez since July 8.

Arizona parlayed two walks and three hits -- half their game total -- into three runs in the fifth inning. Cincinnati starter Edinson Volquez (3-3) walked two but those were the first two Arizona batters in the fifth.

Geraldo Parra then doubled in one run and, one out later, Stephen Drew singled in another. Kelly Johnson completed the rally with an RBI base hit that drove in Parra.

NFL // 2 hours ago
Buccaneers' Tom Brady vows to be 'better' after 5-TD day vs. Falcons
Sept. 20 (UPI) -- Tampa Bay Buccaneers quarterback Tom Brady cited missed throws and vowed to be "better" after he threw five touchdown passes in a Week 2 win over the Atlanta Falcons.

NFL // 22 hours ago
Dolphins QB Tua Tagovailoa carted off after hard hit from Bills
MIAMI GARDENS, Fla., Sept. 19 (UPI) -- Miami Dolphins quarterback Tua Tagovailoa sustained a rib injury from a first-quarter hit he took from Buffalo Bills defender A.J. Epenesa on Sunday in Miami Gardens, Fla. He did not return to the game.