PHOENIX, June 13 (UPI) -- Chris Young's two-run homer in the bottom of the ninth Sunday let the Arizona Diamondbacks walk off with a 7-5 win over St. Louis.

The Diamondbacks took a 5-2 lead into the ninth, but relievers Chad Qualls and Esmerling Vazquez (1-2) blew it. Vazquez allowed the Cards' Albert Pujols to score the tying run on a wild pitch.

But the D-backs bounced right back in the bottom of the frame off Kyle McClellan (0-2). With two outs, Miguel Montero singled and Young followed with a high fly that cleared the left center-field wall for the game winner, giving Arizona the rubber match of the three-game series.

Adam LaRoche drove in three runs, and Montero added two hits and an RBI for the victors.

Pujols drove in three runs -- including a RBI single in the ninth -- for the Cardinals. 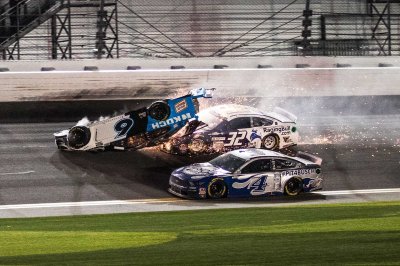