BOSTON, April 7 (UPI) -- Curtis Granderson opened the 10th inning with a home run Wednesday that lifted the New York Yankees to a 3-1 victory over Boston.

Mark Teixeira drove in a run in the 10th with a bases-loaded ground out, helping the Yankees to their second win in the three-game, season-opening series.

Chan Ho Park (1-1) got the victory by working three relief innings and Mariano Rivera turned in a perfect bottom of the 10th for his second save in as many attempts.

David Ortiz singled in Boston's lone run in the third off starter Andy Pettitte, who went six innings while giving up six hits and strikeout out four.

New York tied it in the seventh on Nick Swisher's two-out single that brought in Jorge Posada from second.

Granderson fouled off the first pitch from Jonathan Papelbon to start the 10th and hit the next one out to right.

MLB // 5 hours ago
Nationals' Kyle Schwarber swats homer trio in win over Mets
June 21 (UPI) -- Veteran outfielder Kyle Schwarber turned around three fastballs for home runs to lead the Washington Nationals to a win over the New York Mets in a series finale at Nationals Park. 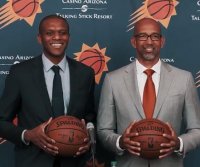 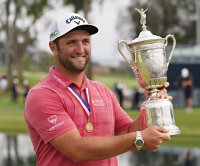