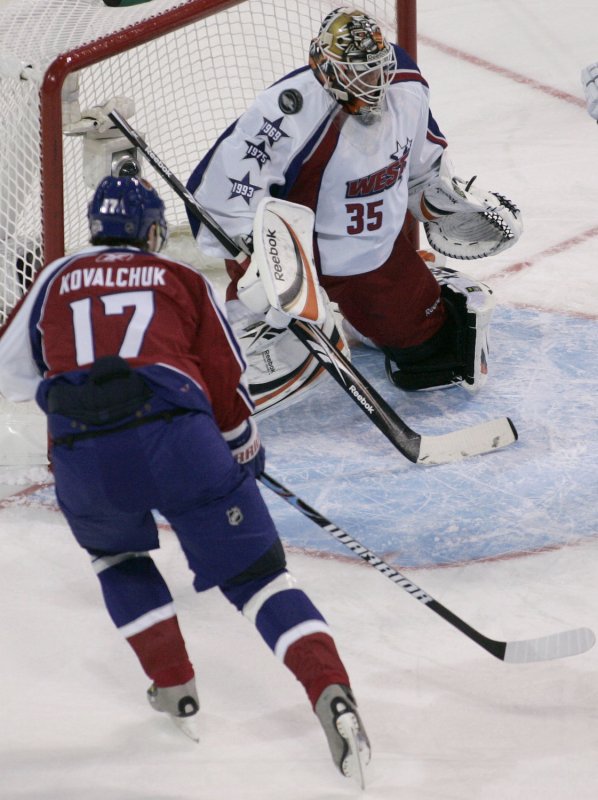 MOSCOW, Dec. 26 (UPI) -- Russia has named NHL stars Alexander Ovechkin, Ilya Kovalchuk and Evgeni Malkin to its hockey team that will compete in the 2010 Games in Vancouver.

Ovechkin, a high-scoring forward, was the No. 1 overall pick of the 2004 NHL draft and is a two-time NHL MVP.

Kovalckuk has scored 318 goals in 575 games with the Atlanta Thrashers seven seasons), and was a 2009 Stanley Cup winner with the Pittsburgh Penguins.

"No surprises that all the best players are on the list," Kovalchuk said about the squad assembled by Coach Vyacheslav Bykov.

Also, Kovalchuk denied the contention that Russia's weakness will be defense.

Russia last won the gold medal in 1992 at Albertville, France.