The Islanders grabbed a 1-0 lead after a scoreless first period when Trent Hunter scored his seventh goal (unassisted) midway through the second.

John Tavares' 16th goal, following assists by Blake Comeau and Andy Sutton, made it 2-0 with 12:17 left in the second and Roloson had faced only 13 shots through two periods.

Comeau would score his third goal this season (empty net) at 19:25 of the third period for the Islanders, who snapped their three-game losing streak.

Jonas Gustavsson was beaten twice on 22 shots for the Maple Leafs, who have lost four of five.

There were no power play goals on six combined chances. 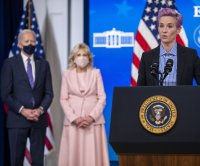 Soccer // 1 hour ago
U.S. women expected to beat New Zealand, stay alive in Olympic soccer
July 23 (UPI) -- New Zealand will see a motivated United States Women's National Team, which sustained a rare loss in its last match, when the teams meet in the group stage of the 2020 Summer Games on Saturday in Saitama, Japan.

Sports News // 5 hours ago
Love, Mishriff, Adayar in showdown in England
July 23 (UPI) -- Some excellent weekend horse racing around the globe features a crackerjack renewal of the King George VI and Queen Elizabeth Stakes at Ascot in England. 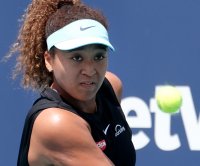