McNair's friend knew some of his teammates

NASHVILLE, Dec. 18 (UPI) -- The woman alleged to have shot and killed former NFL quarterback Steve McNair had encounters with some of his former Tennessee Titans teammates, police said.

Sahel Kazemi, 20, shot and killed McNair in his Nashville condominium on July 4 before turning the gun on herself.

The documents obtained by the Tennesseean said Kazemi's former roommate, Emily Andrews, told Nashville police that Kazemi partied with quarterback Vince Young and running back Quinton Ganther, now with the Washington Redskins, at a downtown condo owned by McNair.

The disclosures were made Friday when Adrian Gilliam, resident of La Vergne, Tenn., was sentenced to 2 1/2 years in prison for selling Kazemi the gun used to kill McNair.

The Tennesseean said the 200 pages of investigative records released Friday showed McNair's relationship with Kazemi and their last days.

Police called the incident a murder-suicide.

NBA // 4 hours ago
Clippers star Kawhi Leonard ruled out for Game 2 vs. Suns
June 21 (UPI) -- The Los Angeles Clippers will be without star forward Kawhi Leonard for Game 2 of the Western Conference Finals against the Phoenix Suns on Tuesday. 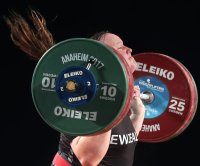