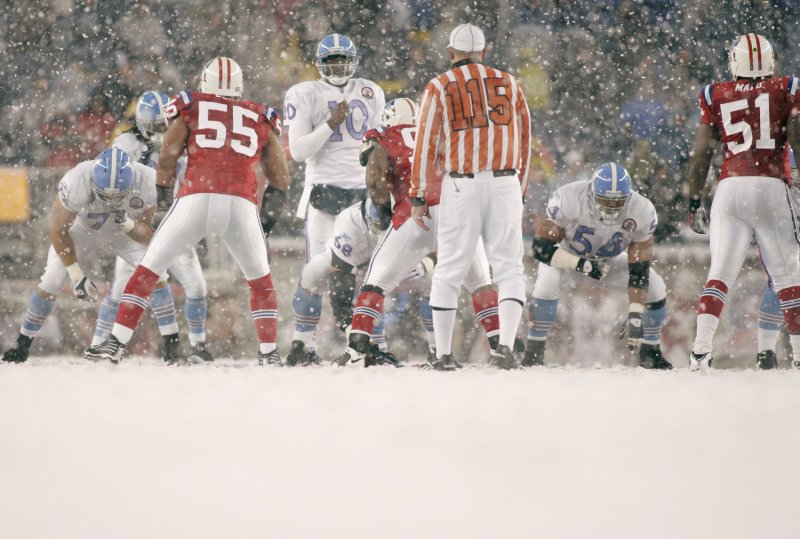 NASHVILLE, Oct. 29 (UPI) -- Quarterback Vince Young, a former first-round pick, will start Sunday for the first time this season when the Tennessee Titans are home to Jacksonville.

Young, the third overall pick in the 2006 NFL Draft out of Texas, has played sparingly since the 2008 season-opener last September behind veteran Kerry Collins.

"I'm still in Kerry Collins' corner because I don't believe that our record is a reflection of the quarterback play," Fisher told The Tennessean. "As far as the future is concerned, I'm not one of those coaches who's going to have musical chairs at the quarterback position."

Young is 0-for-5 with an interception in two games this season, but has thrown 22 touchdown passes in his career.

Sports News // 4 hours ago
Kentucky Derby: Prospective field set for 20 Thoroughbreds
April 12 (UPI) -- With all the preliminaries in the book, here's how the field shapes up for the May 1 Kentucky Derby.

MLB // 4 hours ago
Red Sox's J.D. Martinez hits three homers in win vs. Orioles
April 12 (UPI) -- J.D. Martinez started his day with a strikeout, but went on to smack three home runs to lead the Boston Red Sox to a 14-9 victory over the Baltimore Orioles in Baltimore.

Sports News // 4 hours ago
Kentucky Derby field set in weekend racing
April 12 (UPI) -- Another big weekend of Thorougbred racing at Keeneland and Oaklawn Park set the tentative field field for the May 1 Kentucky Derby amid some fascinating battles among the sprinters and turf specialists.