Alexei Cherepanov receives his hat and jersey from the N.Y Rangers during the first round of the 2007 NHL Entry Draft at Nationwide Arena in Columbus, Ohio on June 22, 2007. Cherepanov is the seventeenth overall pick and considered to be the top European draft pick. (UPI Photo/ Stephanie Krell) | License Photo

Cherepanov, considered one of Russia's rising young hockey stars, collapsed and died last October after playing a game for the Omsk Avangard club in the Moscow region. An earlier declaration that Cherepanov had died of natural causes was later found to be incorrect, RIA Novosti said.

"The file has been returned to investigators in the Omsk Region for additional checks," said Vladimir Markin, a spokesman for an investigative committee, adding that the probe will take another look at Cherepanov's myocarditis, an inflammation of the heart muscle.

An autopsy revealed that the teenage player suffered from chronic myocarditis, meaning he should not have been allowed to play hockey.

Cherepanov was nicknamed the Siberian Express. In 2007, he beat the Russian league goal-scoring record for rookies previously held by the legendary Pavel Bure, and was expected to follow Bure's path to the National Hockey League , the Russian news agency said. He had been selected in the first round of the NHL Entry Draft that year by the New York Rangers. 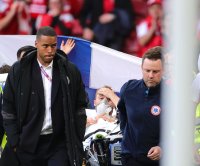 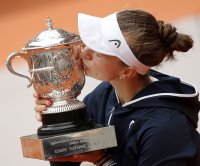