VANCOUVER, British Columbia, May 14 (UPI) -- A bet is a bet and Vancouver, British Columbia's mayor delivered food, snacks and lots of beer to Chicago's mayor after the Blackhawks defeated the Canucks.

"They may have beaten us on the ice, but they can't beat us in beer," was the joke around Vancouver City Hall.

The Blackhawks advanced to the National Hockey League's Western Conference finals Monday with a 7-5 victory over the visiting Canucks. The Hawks won the best-of-seven series 4-2 and will play in their first conference finals since 1995 starting Sunday.

Vancouver Mayor Gregor Robertson, paying up on a friendly wager, sent a tableful of Vancouver-area treats to Chicago Mayor Richard M. Daley, including smoked salmon, chocolates, chips -- and a lot of beer.

The beer included Canada's Molson Inc. and beer from Vancouver microbreweries Granville Island Brewing Co. and Storm Brewing Ltd., "so Daley won't be hungry or thirsty as he watches the Blackhawks in round three," radio station CKWX in Vancouver reported.

"This is the day we were dreading," he said.

"We thought the Canucks were going all the way, but we did lose, so we're putting forward our best stuff from Vancouver, for this day of reckoning," he said.

Robertson, a co-founder of Happy Planet, a Vancouver company that makes organic fruit beverages, did not say if he would also send any juices or smoothies.

He left the company in 2005 to get into politics. 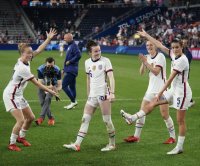 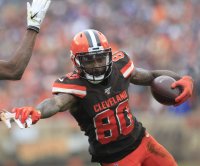 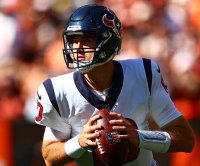