The announcement was made Sunday, about 70 minutes before Team USA faced Netherlands in a second-round elimination game at Miami's Dolphin Stadium.

The WBC said on its Web site Jones returned to Atlanta's spring training site in Orlando, Fla., to be evaluated by Braves doctors.

"I don't know that it wouldn't have happened in Orlando," Jones said when asked about the risk of injury during the classic. "We're at the point in spring training where we're starting to extend the number of at-bats and number of innings that we play (and) I want to get something out of each at-bat."

Jones initially suffered the injury in the first round at Toronto. Boston's Dustin Pedroia left the WBC Saturday with a similar injury. 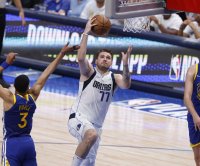 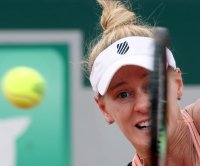 MLB // 23 hours ago
Reds fan accidentally catches baseball in beer cup, chugs for crowd
May 24 (UPI) -- A Cincinnati Reds fan attempted to catch a foul ball during the team's loss to the Chicago Cubs, but his beer did most of the work, as the souvenir landed in the cup placed directly in front of him. 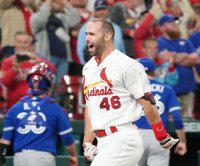