McClatchy also left the team's board of directors.

"This was a personal decision that I felt was best to make at this time," McClatchy said. "I care deeply about this organization, the city of Pittsburgh and the people of this region. While I will no longer play a role with the club, I will always passionately support the team in any way that I can."

Last year, Bob Nutting became controlling owner of the Pirates, who have not had a winning record the past 16 seasons.

"I have a great amount of faith in Bob and his new leadership team," Nutting said. "They are committed to restoring the organization to its rightful place among the elite franchises in Major League Baseball." 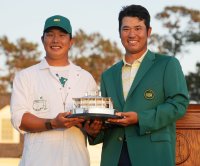