ATLANTA, Nov. 20 (UPI) -- Petr Sykora broke a tie by scoring a power-play goal with 2:40 remaining in the third period Thursday, giving the Pittsburgh Penguins a 3-2 win over Atlanta.

The Penguins won for the seventh time in eight games and moved within three points of the New York Rangers for the lead in the Atlantic Division.

Sidney Crosby scored for the Penguins and had two assists while Dany Sabourin picked up the win by making 21 saves.

After winning five in a row, Atlanta has lost two straight.

Atlanta's Jim Slater created a 2-2 tie with a wraparound shot with 6:12 remaining in the second period. Overtime was looming before Sykora tipped in a slapshot from Crosby.

The loss went to Ondrei Pavelec, who made 28 saves.

NBA // 1 hour ago
Middleton, Antetokounmpo lead Bucks past Nets to force Game 7
June 18 (UPI) -- Giannis Antetokounmpo, Khris Middleton and the Milwaukee Bucks responded to a lopsided loss with a dominant Game 6 victory to force a Game 7 in their Eastern Conference Semifinals series against the Brooklyn Nets. 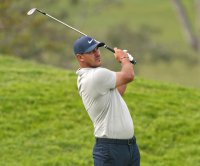 Sports News // 3 hours ago
Love, Palace Pier, Poetic Flair, Subjectivist star in early Royal Ascot action
June 18 (UPI) -- Another spectacular Royal Ascot carries the horse racing world through a week that will help set the agenda for a lot of future events from Europe to California and likely to Australia.

Sports News // 14 hours ago
World No. 2 Naomi Osaka withdraws from Wimbledon, aims for Olympics
June 17 (UPI) -- Naomi Osaka, the second-ranked women's player in the world, has withdrawn from the Wimbledon tennis tournament, according to a statement released by her agent Thursday. 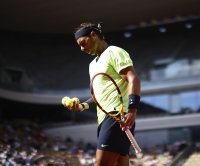 Sports News // 20 hours ago
Tennis champ Rafael Nadal skipping Wimbledon, Tokyo Olympics to 'recover'
June 17 (UPI) -- World No. 3 and 2008 Olympic gold medalist tennis champion Rafael Nadal announced Thursday that he will not play at Wimbledon this month or the Summer Games in Tokyo next month.
Advertisement