The league Friday fined the controversial wideout $20,000 for remarks made to head linesman Phil McKinnely after the official called him for an unsportsmanlike conduct penalty in the second quarter, and $20,000 for inappropriate post-game comments on the officiating.

Two plays after McKinnely flagged Burress for offensive pass interference against cornerback Nate Clements, Burress was called for an unsportsmanlike penalty for making remarks to the officials.

"Of course it will come back and (the league will) say it should have been a no call," Burress told the New York Daily News this week in a comment on the pass interference play. "But that doesn't help me."

A third fine, $5,000, was for throwing a ball into the stands after catching a touchdown in the third quarter.

Sports News // 9 hours ago
Beauty Generation still has what it takes to win
April 6 (UPI) -- It was an odd weekend of international horse racing but one featuring stars such as Hong Kong's Beauty Generation, Japan's Lucky Lilac, Australia's Nature Strip and all-American Kimari. 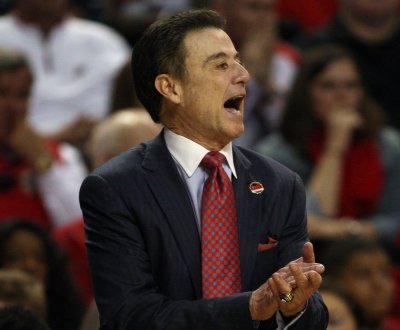