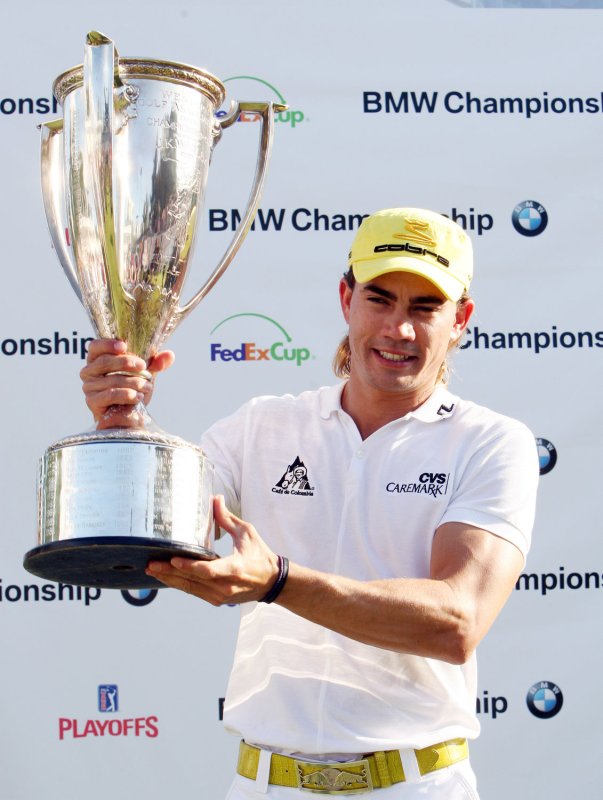 Villegas, who won Sept. 7 in St. Louis, won the first playoff hole Sunday to edge Sergio Garcia for the title at the Tour Championship in Atlanta. He jumped 17 spots in the latest rankings to seventh in the world. He was 34th before the win in St. Louis.

Tiger Woods, who is out for the season while recovering from a knee injury, still owns a substantial lead for the top spot with Mickelson solidly in second. Vijay Singh remained third ahead of No. 4 Padraig Harrington and Garcia.

After Kim and Villegas are Ernie Els, who slipped from sixth to eighth; Henrik Stenson, who went from seventh to ninth; and Jim Furyk, who dropped one spot to 10th.

Steve Stricker dropped out of the Top 10. He is ranked 11th after being eighth a week ago.