After stroking a two-run single in the first inning, Hunter launched a solo shot in the third and a two-run blast in the ninth.

Juan Rivera belted a three-run homer in the eighth. Casey Kotchman had two hits and two RBI and Howie Kendrick added two hits and one RBI for the Angels, who improved to 3-1 against the Orioles this season and opened their 10-game East Coast road trip with a second straight win.

Sports News // 4 hours ago
Tokyo Olympics: U.S. softball dream team motivated sport's return
Feb. 19 (UPI) -- Fans and players have been deprived of softball as an Olympic sport for a dozen years, and Team USA plans to remind everyone this summer in Japan what they've been missing. 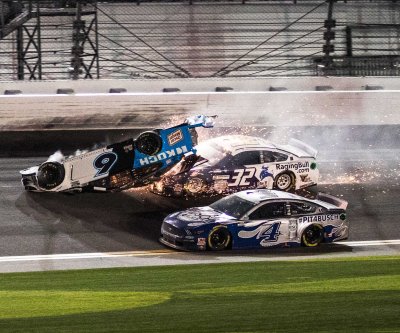