Houston halted an eight-game losing streak, hanging on in the ninth after Dioner Navarro brought the Rays within a run with a solo homer.

Lee's double came in the first inning and the Astros boosted their advantage to 4-1 in the fifth when Kazuo Matsui doubled in Michael Bourn and then scored on Lance Berkman's sacrifice fly.

Roy Oswalt (6-7) allowed two runs on seven hits over 7 2/3 innings to get the win. Doug Brocail threw only one pitch in getting the final out in the eighth and Jose Valverde, despite giving up Navarro's homer in the ninth, earned his 17th save.

The loss went to Matt Garza (5-4), who coughed up four runs on seven hits in six innings. Tampa Bay was coming off a three-game sweep of the National League Central-leading Chicago Cubs. 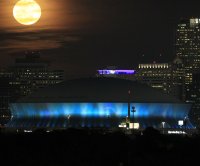