Despite the 2 1/2-hour hold-up, Kyle Lohse (6-2) won his third consecutive start, scattering four hits and a run over five innings.

Ryan Ludwick doubled twice, drove in a run and scored once for the Cardinals. But while St. Louis won for the fifth time in seven games, the victory was clouded by a calf injury to first baseman Albert Pujols, who left in the fourth inning.

Ryan Langerhans drove in the Nationals' only run. Washington has now lost six of its last eight. 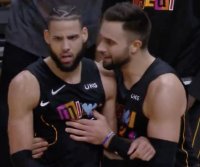 NBA // 6 hours ago
Lowry, Martin help shorthanded Heat upset Bucks
MIAMI, Dec. 8 (UPI) -- Caleb Martin scored a game-high 28 points in his second start this season to lead the Miami Heat to a 113-104 upset win over the Milwaukee Bucks on Wednesday at FTX Arena in Miami. 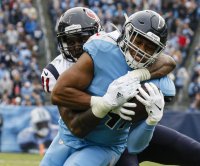