His three-round total is 11-under 205 and his third straight sub-70 round gave him the lead after 54 holes for the second time in his European Tour career.

Sunday he attempts to win for the first time in his 17th season.

Bogeys at the sixth and 16th holes prevented him from a bigger lead, but he closed with back-to-back birdies.

"It is nice to go out as leader and a little cushion is good," McGrane said. "But it is a tough course and (Sunday) I must play my own game and maintain focus."

Australia's Scott Strange is alone in fourth at 6-under 210.

MLB // 11 hours ago
Braves' Charlie Morton fractures fibula in Game 1, out for rest of World Series
Oct. 26 (UPI) -- Atlanta Braves starting pitcher Charlie Morton will be out for the remainder of the World Series after suffering a fractured right fibula early in Game 1 on Tuesday night at Minute Maid Park in Houston.

NFL // 13 hours ago
Steelers' Mike Tomlin halts USC, LSU coaching rumors: 'That's a joke to me'
Oct. 26 (UPI) -- Pittsburgh Steelers head coach Mike Tomlin on Tuesday shut down speculation that he could be in the running to fill head-coaching vacancies at USC or LSU. 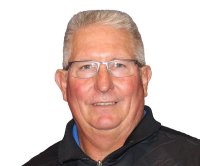 NFL // 22 hours ago
Longtime NFL official Carl Madsen dies after working Chiefs-Titans game
Oct. 26 (UPI) -- Carl Madsen, who worked as an NFL official for more than two decades, died on his way home from working a Week 7 matchup between the Kansas City Chiefs and Tennessee Titans in Nashville, the NFL announced. He was 71.