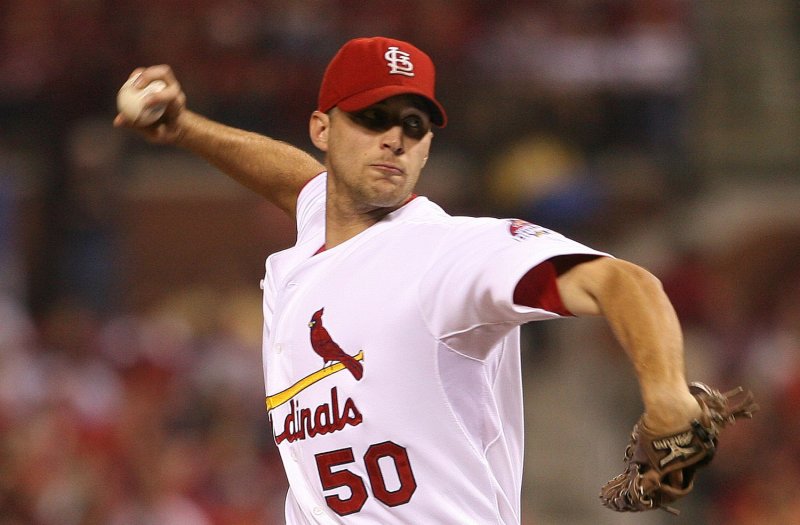 The St. Louis Post-Dispatch said Wainwright was guaranteed about $415 million in the contract. The deal runs from 2008-11 and includes options that could extend the contract through the 2013 season.

"We are extremely pleased to have a player of Adam's ilk under contract for up to the next six seasons," said Cardinals General Manager John Mozeliak. "He represents a key part of the core of our ballclub. Adam is one of the best young pitchers in baseball and, just as importantly, he is the type of person that embodies what it means to be a Cardinal."

Wainwright, a 26-year-old right-hander, led the Cardinals in wins last season, his first in the St. Louis starting rotation. He was 14-12 with a 3.70 earned run average in 2007. He appeared in a total of 63 games, all in relief, the previous two seasons.

Sports News // 1 hour ago
NASCAR: Alex Bowman, Hedrick Motorsports dominate at Dover
May 17 (UPI) -- Alex Bowman led a pack of four Hendrick Motorsports drivers past the checkered flag to claim his second win of the season at the 2021 Drydene 400 at Dover International Speedway.