RALEIGH, N.C., Feb. 14 (UPI) -- Ray Whitney scored the go-ahead goal early in the third period Thursday and the Carolina Hurricanes went on to down Pittsburgh 4-2.

Whitney also picked up two assists, with the other Carolina goals coming from Eric Staal, Erik Cole and Ryan Bayda. Cam Ward started his 12th straight game in goal, a career high, and made 20 saves.

The Hurricanes moved past idle Atlanta and Washington into the lead in the Southeast Division.

Dany Sabourin stopped 46 shots and kept the Penguins in a 2-2 tie through two periods. But Whitney took a pass from Stall and slipped the puck past a screened Sabourin 3:45 into the third.

Bayda scored on an odd-man rush with 8:21 to play. 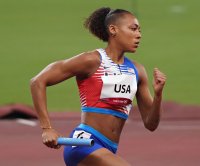 Sports News // 19 hours ago
Olympics: Triathletes, swimmers, shooters, sprinters medal for USA
July 31 (UPI) -- Team USA started Day 8 of the 2020 Summer Games with a silver medal in the triathlon in Tokyo. The Americans went on to win two golds in swimming and two bronze medals in track and field and shooting Saturday. 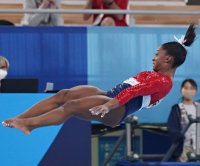