The Knicks led by seven points four minutes deep in the final period, but Indiana took the advantage with 3:30 to go and Rush hit two field goals as part of a six-point run that put the Pacers in charge.

Indiana moved in front by six in the final minute, but a three-pointer by Jamal Crawford brought the Knicks within three. New York's Renaldo Balkman then had a shot blocked by Danny Granger, giving the Knicks a chance to tie it at the buzzer. But another three-point attempt by Crawford failed to go.

Rush scored 24 points off the bench to lead Indiana. Mike Dunleavy added 17 points and Granger had 16. The Pacers snapped a seven-game skid.

New York was led by Zach Randolph with 26 points and Crawford with 21. 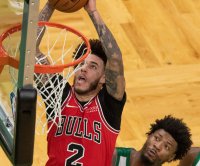 NBA // 6 hours ago
Chicago Bulls' Lonzo Ball to undergo knee surgery, out 6-8 weeks
Jan. 20 (UPI) -- Chicago Bulls guard Lonzo Ball will have arthroscopic surgery on his left knee and is expected to miss six to eight weeks, the team announced.

Sports News // 8 hours ago
ESPN to cover Beijing Olympics remotely, won't send reporters due to COVID-19
Jan. 20 (UPI) -- ESPN announced Thursday that it will not be sending any reporters to the Beijing Olympic Winter Games over concerns of COVID-19 and related restrictions.

NBA // 18 hours ago
Deep Miami Heat eye 'something special,' continue rise in NBA's East
MIAMI, Jan. 20 (UPI) -- Like many NBA teams in the COVID-19 era, the Miami Heat consistently shuffle lineups due to isolations and injuries. But player development and experienced coaching has led the team to the top of the Eastern Conference. 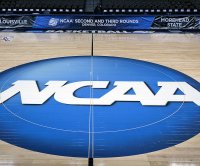 NBA // 20 hours ago
'Determined' Joel Embiid torches Magic for 50, 76ers win
Jan. 20 (UPI) -- NBA MVP candidate Joel Embiid tied his career-high with 50 points and pulled down a dozen rebounds to lead the Philadelphia 76ers to a 123-110 win over the Orlando Magic.
Advertisement