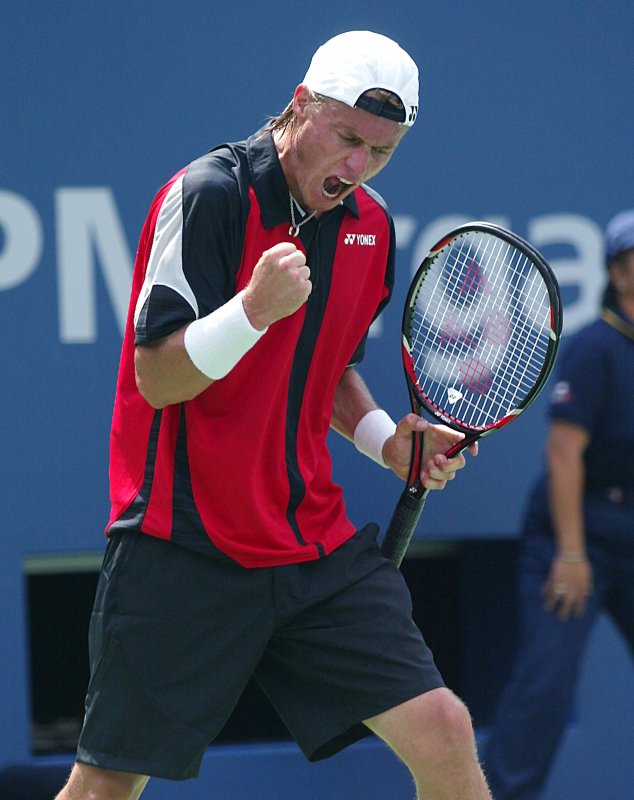 Lleyton Hewitt of Austria reacts to winning the 3rd game of the 3rd set against Amer Delic of the USA during Round 1 of the U.S. Open at the USTA Billie Jean King National Tennis Center in Flushing Meadows-Corona Park in New York on August 28, 2007. (UPI Photo/Laura Cavanaugh) | License Photo

There were two upsets of seeded players Tuesday in Sydney. Second-seeded Tommy Robredo was knocked out in straight sets by Radek Stepanek 6-4, 6-2 and No. 7 Paul-Henri Mathieu withdrew after suffering a left hamstring injury. That allowed Evgeny Korolev to advance.

Fifth-seeded Carlos Moya rallied over Stefan Koubek for a 1-6, 6-4, 6-2 win. Moya is a three-time Sydney runner-up, including last year to James Blake and in 2004 to Hewitt.