Garon stopped Mike Cammalleri, Dustin Brown and Anze Kopitar in the shootout and finished with 31 saves as Edmonton improved to 7

1 in shootouts this season.
Advertisement

Gagner, the youngest player in the NHL, made a deke back to his backhand to beat the Kings' Jean-Sebastien Aubin for the game-winner.

Kopitar had a goal and an assist, and Dustin Brown and Ladislav Nagy also scored for the Kings, who tied the game with less than a minute and a half to go in regulation to send it into overtime.

Aubin stopped 20 shots as LA lost for the eight time in its last 10 games. 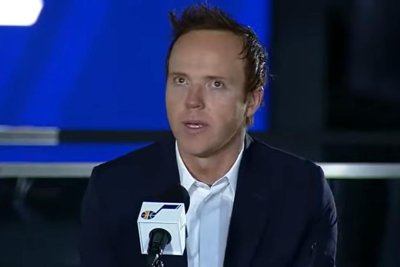