The three-time winner this season, a native of Norway stands at 3-under 141, one stroke better than South Korea's Eun Hee Ji (68), who was the only golfer in the 60s in the second round.

"I did grow up in Norway playing in very similar conditions to this," Pettersen said after the day's windy and cool round. "There is a reason why I moved to Florida. I prefer to wear shorts."

NFL // 3 hours ago
NASCAR 3D-prints coronavirus supplies, Patriots' plane flies masks from China
April 2 (UPI) -- NASCAR is using 3D printers and the New England Patriots flew their team plane to China in two of the latest efforts from the sports world to provide supplies to help fight the coronavirus pandemic.

Sports News // 5 hours ago
Tiger Woods, Phil Mickelson planning rematch including Tom Brady, Peyton Manning
April 2 (UPI) -- Star golfers Tiger Woods and Phil Mickelson are in talks to have a televised rematch after battling in a 1-on-1 matchup in 2018.

NFL // 6 hours ago
NFL Draft: New Orleans Saints to make picks from brewery
April 2 (UPI) -- The New Orleans Saints are planning to select prospects for the 2020 NFL Draft later this month from a New Orleans brewery after the league closed the main event to the public due to the coronavirus pandemic. 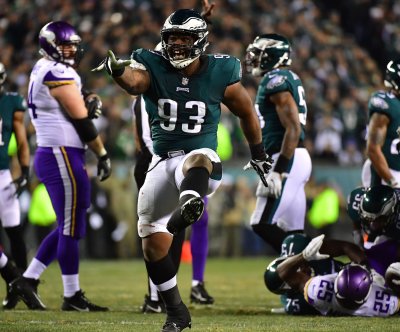 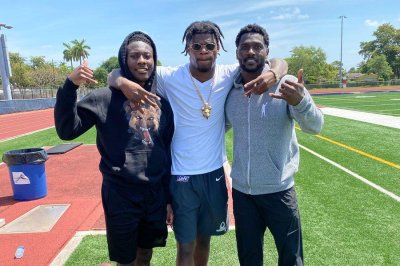