COLOGNE, Germany, Sept. 13 (UPI) -- Lee Westwood tied his personal-best with a 61 and grabbed a four-stroke lead after one round of the Mercedes Benz Championship golf tournament in Germany.

Westwood’s four-stroke lead after one round is the largest this year on the European PGA Tour. He had an eagle, 10 birdies, five pars and a bogey Thursday.

Soren Hansen turned in a seven-under 65 and is in second place. Nick Dougherty and Simon Dyson are tied for third at six-under-par 66.

Westwood needed just 24 putts in tying his record score for 18 holes. That mark was set nine years ago at the Deutsche Bank-SAP Open, also in Germany.

He had a birdie at the third hole but gave back the stroke at the par-three fourth. He ran off four birdies on the last five holes of the front side and opened the back with consecutive pars.

Westwood made birdies on Nos. 12 and 13 and chipped in on 15 for an eagle and added birdies on his last three holes to move to 11 under and one stroke off the course record. 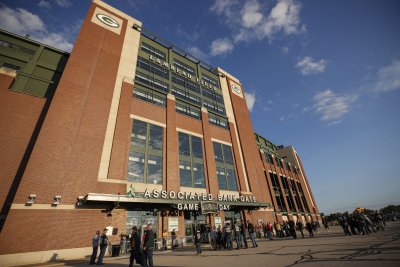