PARIS, Nov. 1 (UPI) -- Andre Agassi withdrew from the Paris Masters Monday because of an injury.

Agassi, 34, who lost in the finals of the Stockholm Open Sunday to Sweden's Thomas Johansson, said he was pulling out of the Paris event because of an injured right hip.

Also withdrawing was Argentina's David Nalbandian, who also lost in a final Sunday, to Czech Jiri Novak at the Swiss Indoors. Nalbandian apparently had a knee problem although no specific reason was given for his withdrawal.

The withdrawals make the two players ineligible to compete for the Masters Cup later this month.

Agassi is in eighth place and Nalbandian ninth in the cup standings.

Eight players are chosen for the cup matches, which begin Nov. 15 in Houston. 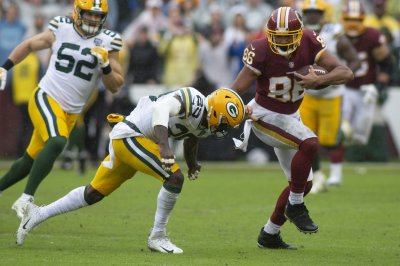