LOS ANGELES, March 14 (UPI) -- Los Angeles helped its playoff chances Sunday as Trent Klatt, Luc Robitaille and Nathan Dempsey each had a goal and two assists in a 5-1 win over Anaheim.

Ian Laperriere and Alexander Frolov also scored for the Kings, who jumped past Nashville and St. Louis for seventh place in the NHL Western Conference.

Klatt scored his 17th goal -- his highest total in seven years -- at 2:11 of the first period. Klatt, Robitaille and Dempsey combined for all nine points on the team's first three goals.

Robitaille scored on the power play to make it 2-0 with 6:13 left in the second period and Dempsey tallied 32 seconds before intermission for a 3-0 lead.

Laperriere scored 5:17 into the third and Frolov hit an empty net with 46 seconds to play. 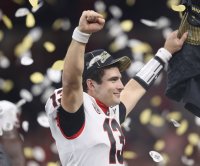 NFL // 9 hours ago
Eagles plan to bring back QB Jalen Hurts as 2022 starter
Jan. 19 (UPI) -- The Philadelphia Eagles intend to bring back Jalen Hurts as their starting quarterback in 2022, despite his struggles as a passer in 2021, general manager Howie Roseman and coach Nick Sirianni told reporters Wednesday. 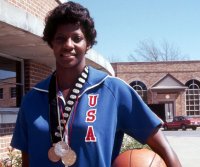 NBA // 12 hours ago
Lusia Harris, only woman officially drafted by NBA team, dies at 66
Jan. 19 (UPI) -- Lusia Harris, the only woman to ever be officially selected in an NBA Draft, died unexpectedly, her family said in a statement. She was 66. 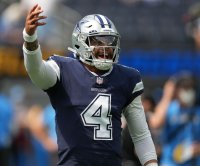 NFL // 13 hours ago
Cowboys QB Dak Prescott says 'sorry' for NFL referee criticism
Jan. 19 (UPI) -- Dak Prescott "deeply regrets" critical comments he made about officials and is "sorry" for condoning fans throwing objects onto the field after the Dallas Cowboys' playoff loss to the San Francisco 49ers, he tweeted.