MUNICH, Germany, May 1 (UPI) -- Top seed Roger Federer of Switzerland recovered from a second-set break against Dutchman Raemon Sluiter to move into the quarterfinals Thursday at the BMW Open.

Federer boasts one of the best records this season on the ATP circuit. His 6-4, 6-3, 58-minute win over Sluiter was his 26th victory in 32 matches since January. He won titles at Marseille and Dubai in February.

But in Federer's first clay appearance of the spring, there are still things to improve.

"I had a few good moments," the world No. 5 said. "I have some work to do. I need to hit a lot more serves and returns. I'm still trying to find the rhythm, and I'm choosing the shots as well as I'd like."

The 21-year-old Federer, who now stands 4-0 against the 66th-ranked Sluiter, trailed in the second set, 1-3, but broke back for 3-3. He moved into a winning position at 5-3 and ended it on his first match point with an untouchable forehand to the corner.

Germany's fourth seed Rainer Schuettler, the Australian Open finalist in January, sweated through a win with an enthusiastic home crowd piling on the pressure.

"I put a lot of pressure on myself, it's important for me to play well here," said Schuettler. "He's one of the best on clay right now. I'm not surprised at how tough it was."

Koubek was out for a month with a rib stress fracture followed by a virus. Henman is making a return after last November's shoulder surgery.

The Englishman, a four-time Wimbledon semifinalist, dropped the last eight games of the match to fall to 2-7 in 2003.

Henman was feeling positive despite the loss and hopes for better things at next week's Italian Open -- a top tuneup event for the French Open later this month.

"It's important to build momentum by playing a succession of tournaments," the 28-year-old said. "With my game and my ability, by doing the right things, I have no doubt that things will come right.

"I'll hope to get a little momentum from playing continuously. I want to build up for the French by hopefully getting back to winning matches." 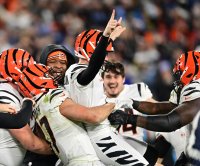 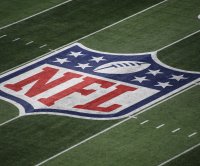