SAN ANTONIO, April 21 (UPI) -- Tim Duncan scored nine of his nine of his 22 points in the final 7 1/2 minutes as the San Antonio Spurs rallied Monday night for an 84-76 victory over the Phoenix Suns in Game Two of their Western Conference first-round series.

San Antonio, which had the league's best record during the regular season, lost Game One on Friday and was trying to avoid going to Phoenix in an 0-2 hole. The Suns controlled the tempo in the second half led by Stephon Marbury, who had 32 points and 10 assists, and led by as many as six in the fourth quarter.

But the Spurs finished the game on a 19-4 run highlighted by huge baskets from Stephen Jackson, who scored 23 points, and rookie Emanuel Ginobili.

"It could have been a lot of trouble (tonight)," Duncan said. "But we played with a lot of energy and hit shots when they counted. We need to carry the momentum from this into (Game Three)."

"We could not go to Phoenix down 0-2," Jackson said. "We brought a lot of energy into tonight's game. Even when we were down, we were confident that we could make a run and head to Phoenix with the split."

Duncan made consecutive baskets to give San Antonio the lead for good at 73-72 with 5:31 remaining. The teams traded baskets twice before Ginobili buried a 3-pointer from the right corner with 63 seconds left for an 80-76 lead.

Duncan made two free throws with 33 seconds left and Jackson added a pair from the line 11 seconds later for the Spurs, who made seven of their last 11 shots after opening the fourth quarter 0-for-8.

Penny Hardaway had 17 points and 11 rebounds for Phoenix, which will host Game Three on Friday.

"They hit some shots and caused us to miss some shots," Marbury said. "They gave such a great effort down the stretch and really made big plays. You have to give credit to all of them."

"Obviously, we're disappointed with the loss," said Phoenix Coach Frank Johnson. "It comes down to missed shots. We still had chances. We became hesitant for whatever reason."

Shawn Marion was held to just six points on 3-of-14 shooting, but did contribute 12 rebounds. Amare Stoudemire made just 2-of-6 shots and finished with four points. 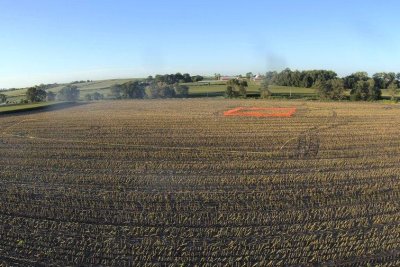