Taurasi took home the tournament's Most Outstanding Player Award as the Lady Huskies (37-1) became just the third team in women's tournament history to win back-to-back titles. The contest was in front of a national audience and a sellout crowd.

"It was unbelievable just to be in the championship game against them," Taurasi said. "As a little kid, you watch it on TV. It feels really good."

Connecticut (37-1) shook off a loss to Villanova in the Big East Conference Tournament final, and rolled to its fourth title under Coach Geno Auriemma. The Huskies became just the third women's team in history to win back-to-back titles.

Auriemma saw his club again deny his Tennessee counterpart, Pat Summitt, who is the women's college basketball all-time leader with 821 wins. Her Lady Vols (33-5) were playing for their seventh national championship, and trying to become the first team to repeat as national champs since Summitt guided her club to three straight from 1996-98.

"We needed to be slapped in the face in a huge game like the Big East championship," said Auriemma. "It was a wakeup call for us. Maybe that loss was what we needed."

Taurasi, who entered the game averaging 25.8 points in the tournament and 22 against Tennessee in five career games, began the night 0-for-2 as her teammates hit seven of their first eight shots. Yet the women's Naismith Player of the Year scored 11 of her team's final 18 points in the first half for a 35-30 lead.

Connecticut built two 13-point leads in the second half, including a 67-54 advantage after Taurasi converted a pair of free throws with 6:12 remaining. The Lady Vols responded with an 8-0 run to close within five points with just over four minutes left.

With the Huskies held without a field goal for almost six minutes, Tennessee closed the deficit to just three when senior forward Gwen Jackson connected on a layup with 21 seconds remaining, but freshmen Ann Strother buried a pair of free throws, and Ashley Battle stole a pass within the closing seconds to help seal the win.

Overall, Strother had 17 points on 6-of-11 shooting to go along with the steady play of Taurasi, who grabbed four rebounds and connected on 4-of-9 three-point attempts.

Senior guard Kara Lawson had 18 points on 5-of-14 shooting, and Jackson, who was held to two points on 1-of-6 shooting in the Lady Vols' 63-62 overtime loss to the Huskies back on Jan. 4, added 15 points and seven rebounds for Tennessee, which is 0-3 in title games against Connecticut, including a 71-52 loss in the 2000 Championship game.

Summitt has won a record six national titles, but fell to 0-3 against Connecticut in championship games.

"I don't think there is that much difference, quite honestly, in the two programs," said Summitt. "They obviously won this game tonight. They deserved it. That doesn't mean that Tennessee is not a premier basketball program or a team of the past."

With the victory, Auriemma improved his lifetime record to 501-99 for a winning percentage of 83.5, inching ahead of Summitt's 83.4 percent.

NBA // 2 hours ago
Nuggets' Michael Porter to have potential season-ending back surgery
Nov. 29 (UPI) -- Denver Nuggets forward Michael Porter Jr. will undergo surgery on his lower back Wednesday, which could end his 2021-22 season. 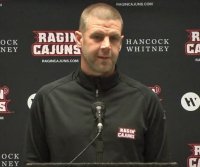 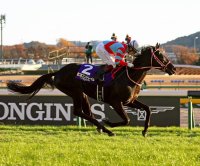