TORONTO, Oct. 17 (UPI) -- Toronto Maple Leafs goaltender Ed Belfour, who has not played since recording a shutout in the season opener, was placed on injured reserve Thursday with an infected right thumb.

Belfour cut the thumb in the Maple Leafs' final preseason game but stopped 33 shots on Oct. 10 in a season-opening 6-0 blanking of the Pittsburgh Penguins. The thumb started swelling on the flight back to Toronto he has not played since.

Trevor Kidd has a 4.04 goals-against average and dismal .859 save percentage since replacing Belfour, who had hoped to return for Saturday's meeting with the Montreal Canadiens. 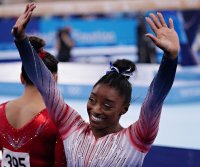 Sports News // 7 hours ago
USA's Nelly Korda among leaders in women's Olympic golf tourney
Aug. 4 (UPI) -- Team USA's Nelly Korda carded a 4-under par 67 to finish one stroke back of leader Madelene Sagstrom of Sweden in the first round of the 2020 Summer Games women's golf tournament Wednesday in Saitama, Japan. 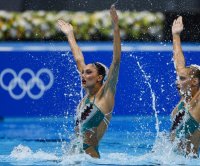 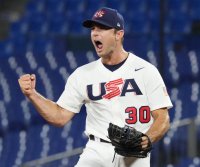 Sports News // 11 hours ago
USA baseball powers past Dominicans to land in Olympic semifinals
Aug. 4 (UPI) -- Team USA advanced to the Olympic semifinals in men's baseball on Wednesday by defeating the Dominican Republican with a pair of home runs and solid defensive play.