In addition, swingman Greg Buckner suffered a sprained MCL in practice and will be out four to six weeks.

Iverson was examined by doctors at University Orthopedics of State College on the Penn State campus. He will be examined Saturday by 76ers team physician Dr. Jack McPhilemy, who will determine a course of action.

A three-time scoring champion and a notoriously quick healer, Iverson missed 22 games due to injury last season, including the last 14 with a broken left hand. He sat out training camp and the first five games of the regular season while recovering from surgery on his right elbow.

The 76ers have gone 22-34 in games missed by Iverson during his six-year career. Training camp ends Monday and the exhibition season ends Oct. 25. The 76ers begin the regular season at Orlando on Oct. 29.

Buckner also was examined Friday and will be re-examined Saturday by McPhilemy. He almost certainly will miss the early part of the regular season.

Signed as a free agent in July, the defensive-minded Buckner averaged 5.8 points and 3.9 rebounds in 44 games for Dallas last season, his third in the NBA. He is expected to back up the shooting guard and small forward positions. 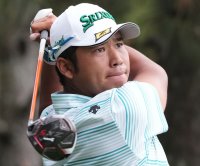 Sports News // 19 hours ago
Masters golf: Matsuyama takes 4-stroke lead into final round
April 10 (UPI) -- Hideki Matsuyama went from sixth place to the outright leader of the 2021 Masters tournament with a 7-under par 65 in the third round Saturday at Augusta National Golf Club in Augusta, Ga. 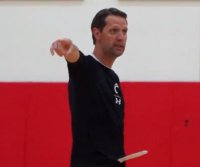