Due to rain earlier in the week, the second round and quarterfinals took place Friday.

In his first match of the day, Ferrero gained revenge with a 7-6 (7-3), 6-1 victory over American qualifier Jeff Morrison, who defeated the second seed in the second round of Wimbledon in July.

The 22-year-old Spaniard defeated Anthony Dupuis of France, 6-4, 6-4, to reach his fifth semifinal of the season. Ferrero won the Tennis Masters Series event in Monte Carlo and appeared in his first Grand Slam final at the French Open.

"I feel a little bit tired today after playing four sets," Ferrero said. "But I feel good that I won in two sets for each match. I'm really happy about going into the rest of the tournament."

The third-seeded Moya beat Australian Wayne Arthurs, 6-4, 6-4, in the second round before posting a 6-4, 3-6, 6-1 victory over countryman Francisco Clavet.

Moya has captured four titles this season, including the TMS - Cincinnati on hard courts in August. He has won 24 of his last 27 matches.

Jerome Golmard, who snapped a four-match losing streak in the first round, recorded a pair of upsets to advance to a semifinal meeting with Ferrero. The Frenchman overcame fourth-seeded Alex Corretja of Spain, 6-3, 2-6, 7-6 (7-2), and bounced No. 5 Juan Ignacio Chela of Argentina, 6-4, 6-4, in the quarterfinals.

"I played much with my heart this week than my tennis," said Golmard, who is sporting an orange-striped mohawk hair style. "It's very important to me to show what I want and my game to (new coach Francois Rebeuth)."

Sweden's Jonas Bjorkman will take on Moya in Saturday's semifinals. Bjorkman dispatched seventh seed Nicolas Lapentti of Ecuador, 6-2, 6-2, in the second round. In the quarterfinals, he breezed to a 6-3, 6-3 victory over Spain's Feliciano Lopez.

"I've been hitting the ball well in practice, I just need to win some more here," Bjorkman said. "Once I won the first one here, which was really tough, that helped me a lot. Today I played really well both against Lapentti and Lopez."

"I felt like I couldn't move, I couldn't run, I was very slow," said Safin, who arrived in Hong Kong after playing an exhausting Davis Cup semifinal in Moscow. "My body is tired and I have no power anymore. My legs were empty. I had too many hours of tennis and I had a long flight. My muscles were just not ready." 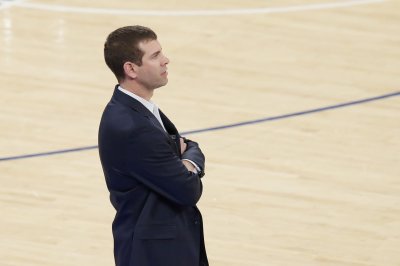