WARWICKSHIRE, England, June 7 (UPI) -- Darren Clarke and David Drysdale shared the lead at the English Open Friday at the end of a rain-interrupted second found.

Drysdale, a graduate from last year's qualifying tournament, is embarking on his rookie season and finds himself leading a European Tour event for the first time after posting a second-round 67. He was 9-under 135 for 36 holes.

The 27-year-old Scot has picked up two top 10s this season, having finished 10th at the Canarias Open de Espana and a tie for ninth in the Madeira Island Open. This is the first time this season he has had two sub-70 rounds in the same tournament.

"I'll be playing in the last group (Saturday) and that will be a totally new experience for me," Drysdale said. "But I am looking forward to it."

Clarke, won won this tournament in 1999 and 2000, was far from pleased with his 70. He said he "wasted three shots" on the back nine after an hour rain delay.

"I played lovely for the first part, but let a few get away at the end," said Clarke, who learned Friday he will play the first two rounds of next week's U.S. Open in the same pairing with Tiger Woods. "But I am swinging the club very well and feel very comfortable. I am hitting a lot of good shots and a lot of good putts and just have to wait for a bit of luck."

Clarke's Ryder Cup teammate Phillip Price continued his good run of form which saw him finish third in last week's British Masters. Price shot a 68 and was one off the lead. He is 29-under for his last 10 rounds.

Justin Rose shot a 68 to get within two shots of the lead, tied with Mark Roe and local pro Darren Prosser. 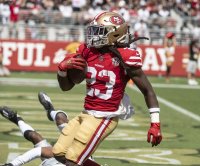 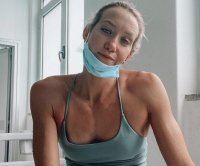